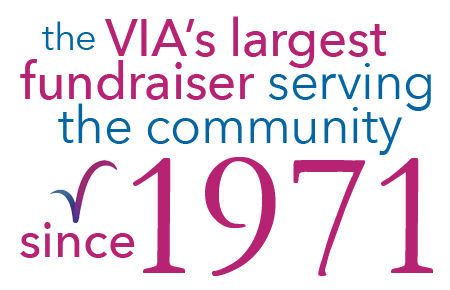 The Chandors have been mainstays in the community and strong supporters of Doylestown Health and the Village Improvement Association for years. As this year’s Honorary Chairs, their support allowed us to continue operations when we had to move the Designer House to the fall.

Whitney has been a VIA member for 48 years and a hospital volunteer for 49! She has volunteered as a hospital chaplain (32 years), and at the cardiac information desk, dietary services, Same Day Surgery,  the post anesthesia care unit  . . . the list goes on! She also served on the Doylestown Health Foundation Board of Trustees for six years, and the Doylestown Hospital Board of Trustees for eight years. She and Chris co-chaired the Special Gifts campaign for the Emergency Department renovation. For the VIA, Whitney has been active in dozens of committees, including chairing a Designer House, and for the coming two-year term, she will be the First Vice President of the organization.

They are well matched: Chris is the Chief Executive Officer of Penn’s Grant Corporation, a respected investment real estate firm headquartered in Doylestown, Bucks County, PA. The company is involved in the acquisition, development and management of commercial real estate. Mr. Chandor is also a practicing real estate attorney. Additionally, as a licensed real estate broker, Mr. Chandor is the President of Doylestown Real Estate, Inc. And, as a member of the Heritage Conservancy for more than a quarter century, Mr. Chandor has concentrated his interests and efforts in the areas of open space preservation and sustainable agriculture.

Chris and Whitney have resided at Hickory Hill, their Upper Makefield Township farm for over 30 years. They have demonstrated their commitment to land preservation by placing a conservation easement upon the vast majority of the farm’s land area.

Chris and Whitney say they support the VIA and Doylestown Hospital for the stellar work they have done to improve our community and care for our health. From the Spanish Flu Pandemic of 1918 to the Covid pandemic, the VIA and the hospital have worked for all the people and families of Central Bucks, and that’s dedication worth supporting.

We are endlessly grateful to Whitney and Chris Chandor for all they’ve done to support as, and our communities, over the years.

We invite you to help us continue making a difference in our community. Since 1895 the women of the VIA have been dedicated to enhancing the health and welfare of Central Bucks County and surrounding communities. Members of our organization continue to govern the nationally-recognized, award-winning Doylestown Health System which we founded in 1923. Additionally, we support those in need, award educational scholarships, donate community-benefitting grants, and much more. Each year we choose a Doylestown Health project to receive the majority of the Designer House proceeds. The major beneficiary this year is the Interventional Radiology Center at Doylestown Hospital. Interventional Radiology (IR) uses medical imaging to guide minimally invasive surgical procedures that diagnose, treat, and cure conditions related to oncology, gastrointestinal issues, vascular interventions, pain management, and more. Medical imaging is a vital component in the diagnosis of many conditions, setting patients on the path to treatment, in many cases before any symptoms are detectable.

Proceeds from the VIA’s 2022 House and your donations to ONE VISION: The Campaign for Doylestown Health will have an immediate and direct impact on the delivery of award-winning medical care in our community. 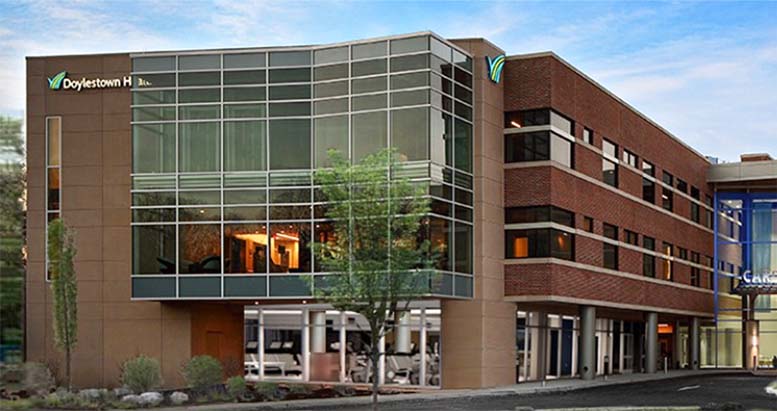 THANK YOU for another wonderful Designer House Year!
Hello. Add your message here.